There are numerous methods with which a financially challenged company can assess the magnitude of the difficulties facing the organization. This article addresses an evaluation method that provides a rapid and clear understanding of the key issues and a timetable to determine the approximate time the company has to implement correction action before failure. Focusing upon the behavior of company management is often the key to assessing its financial condition— specifically COMMUNICATION FAILURE, DENIAL and BLAME.

2. DENIAL—Management of a failing company have a tendency to see their business through rose colored glasses, even as the company progresses to the second step in the downward spiral. Management typically has experienced both good times and bad times in their careers and in most cases, successfully navigated companies through crisis situation. Unfortunately, management most often believes that they are capable of overcoming all challenges and obstacles by following the courses of action that they have taken in the past. Management is often convinced that under their leadership, the problem is not insurmountable and they will overcome the challenges facing the company. Once the management team is in denial with regards to the status of the company, the company will likely fail within six months.

Example: “This is just a bump in the road.” “We have been here before and have done just fine.” “You are overstating the problem.” “Don’t worry.”

3. BLAME—Management now realizes that the company is failing as it proceeds to the third and final step of the downward spiral. Typically, management will seldom accept personal responsibility of the failing company, and reaches out to find blame to preserve their emotional and professional stature. Once management establishes that the failing company is the cause of someone other than themselves, the company will likely fail within thirty to sixty days.
Example: “It’s the bank’s fault because they wouldn’t lend us any more money.” “The CFO stole the money.” “The computer provided us inaccurate information.” “The Sales Manager stopped selling.”

The earlier in the process that action is taken, the greater the likelihood there is that a successful outcome for all parties will be achieved. All parties involved with the company, including management, legal counsel, accountants, vendors and the bank/secured lender must take a step back from traditional analysis from time to time and observe management’s behavior to understand the depth of the problem and how soon failure will occur based upon this simple assessment. 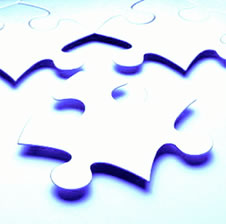