How Centrus LLC Provided Stability in the Midst of Receivership Chaos

Like many companies serving the automotive industry, Ravenna Aluminum has been hit hard by the economic struggles of U.S. automakers.

This 20-year-old aluminum foundry — which designs and manufactures prototyping and production casts for automobile parts — once employed 450 in the small town of Ravenna, Ohio, an area experiencing heavy losses of manufacturing jobs.

After trying unsuccessfully to restructure, Ravenna Aluminum finally collapsed under the financial pressures it faced, closing and filing for bankruptcy in 2008. But rather than enter traditional Chapter 11 filing, the company was placed in receivership, a relatively new and increasingly popular approach to reorganization.

“This is an emerging way for companies to buy other companies that are in trouble,” says Bob Cohen of The Centrus LLC, who acted as the receiver for Ravenna Aluminum.

WE CAN SOLVE THIS

This action placed the company under Cohen’s control and protection while a judge made a determination of the company’s debts and assets, and used liquidated assets to pay unsecured creditors. This put Ravenna Aluminum in a more favorable position to be acquired by another company at auction.

“Anytime a company is in receivership, it’s very chaotic,” says Pat Fogarty, director of corporate development for Park Ohio Holdings Corp., which was the successful bidder for Ravenna Aluminum at that 2008 auction. “Bob Cohen stabilized all of the parties who had interest in the business, whether it was customers who had exited, or vendors who needed to get paid.”

Acting as that stabilizing force under difficult circumstances, says Fogarty, was attributable to Cohen’s “experience in handling tough situations, communicating the situation to the vendor base and the customers and showing that progress is being made. That’s an art and a skill that many people do not have.”

Park Ohio has now reopened the plant with 150 jobs back in place. Fogarty says the company is “very positive” about the prospects of rejuvenating the business and restoring additional jobs to the area, things that might not have been possible without Cohen’s efforts as receiver.

“There are 150 jobs there that would not have been otherwise,” says Cohen. “It was a win for the acquirer and a win for the community by saving these jobs.” 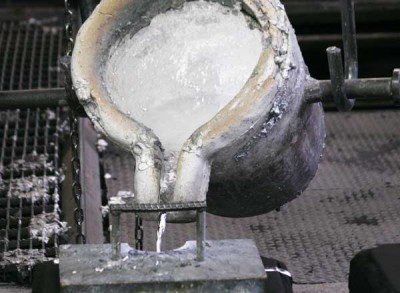